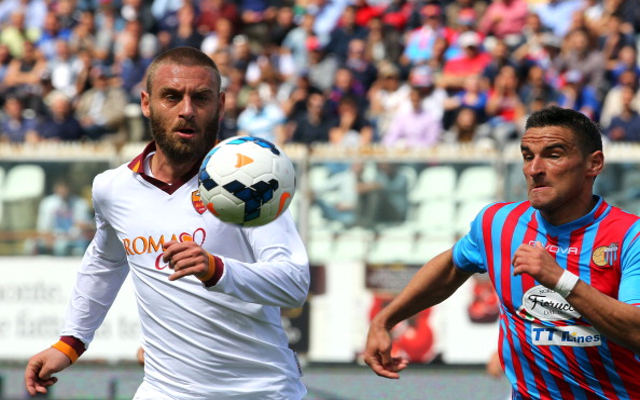 Chelsea are set to re-ignite their interest in AS Roma midfielder Daniele De Rossi according to Football Direct News.

Blues boss Jose Mourinho is ready to re-shuffle his central midfield pack and is considering offloading both John Obi Mikel and Ramires having already sold Micheal Essien in January.

De Rossi is into his 13th season in the Stadio Olimpico first team set-up and could well be open to a fresh challenge having secured his sixth Serie A runners-up medal this term.

The experienced Italian international could offer Chelsea a new dimension in the middle of the park and wouldn’t cost a massive fee and is known to be a player Mourinho has tracked for some time.

Mourinho is no doubt keen on putting his own stamp on his Stamford Bridge boss and as such a number of his squad could well be fearing for their respective Chelsea futures.

De Rossi has racked up almost 450 appearances for his hometown club but could feel that his chances of securing major silverware would be increased by a move to west London.