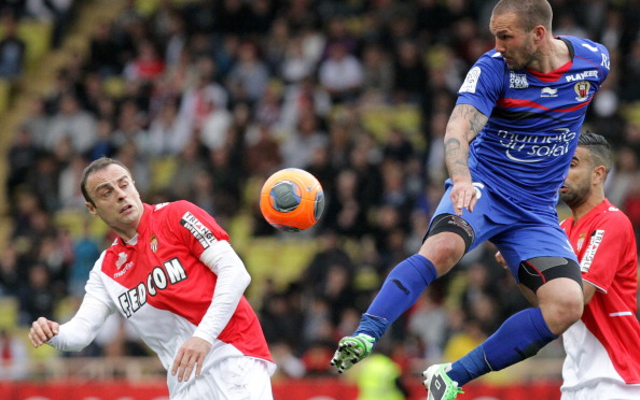 Striker Berbatov left White Hart Lane in the summer of 2008, when he joined Manchester United in a £30m transfer.

After four seasons at Old Trafford, which saw him score 49 Premier League goals and win four major team trophies, he signed for Fulham in August 2012.

Spurs were reportedly keen on bringing Berbatov back to North London earlier this year, but the 33-year-old ended up penning a short-term deal with AS Monaco at the end of January.

Berbatov was due to become a free agent this summer and it had appeared that a sensational return to Tottenham was still a possibility.

However, he has now agreed a one-year contract extension with the Ligue 1 club.

AS Monaco is delighted to announce the club has agreed a one-year contract extension with Dimitar Berbatov ! pic.twitter.com/z2RLfMGQ2Y

Berbatov scored 46 Tottenham goals in 102 games in all competitions, after joining Spurs from Bayer Leverkusen in July 2006.

The highpoint of his Tottenham career came in February 2008 when he was a goalscorer in a 2-1 win over Chelsea in the League Cup final at Wembley Stadium.

In his short time at Monaco, Berbatov has scored six goals and provided four assists in 11 Ligue 1 appearances, three of which have been as a substitute.