Old Trafford side chase host of top talents as new boss prepares to take the hot-seat.

Incoming Man United boss Louis van Gaal has drawn up a list of preferred transfer targets that he wishes the Old Trafford side to chase this summer.

The Guardian claims that the Dutch national team coach has identified a host of players he wishes chief executive Ed Woodward to sign, including three Bayern Munich stars. 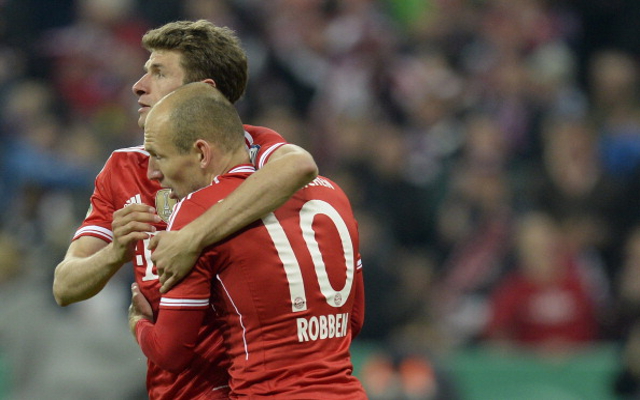 The fact that van Gaal would target experienced winger Arjen Robben is perhaps no surprise though a successful acquisition of the 30 year old may be a tough move to pull off.

The former Chelsea man has proven a massive success since moving from Real Madrid to the Allianz Arena back in August 2009, scoring 88 goals in 165 appearances for the German giants and securing three Bundesliga titles and a Champions League triumph among a host of honours.

Van Gaal can clearly ‘sound out’ Robben about a possible move to Man United during the World Cup finals and Man United could certainly do with more effective wide attacking options with the likes of Nani, Ashley Young and Luis Antonio Valencia all failing to make a significant impact this season.