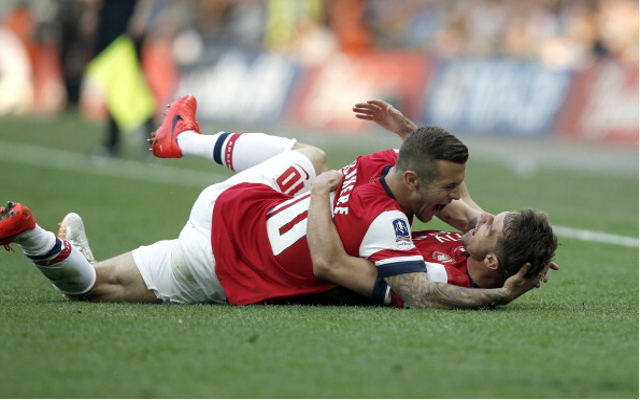 Club won their first bit of silverware since 2005.

Celebrity Arsenal fan Matt Lucas managed to celebrate the north London club’s stunning come from behind victory in Saturday’s FA Cup final against Hull City with none other than Gunners legend Charlie George.

Arsenal recovered from trailing the Tigers by two goals early on in the showpiece event at Wembley Stadium to eventually prevail 3-2 after extra time, and the famous comedian later tweeted a picture of himself and the ex-Gunners wide man celebrating the club’s first trophy for nine years together in a Chinese restaurant.

“Having a celebration dinner in the local Chinese restaurant and just look who I bump into! #Arsenal #Legend,” wrote Lucas.

Having a celebration dinner in the local Chinese restaurant and just look who I bump into! #Arsenal #Legend pic.twitter.com/S5lElluxyB