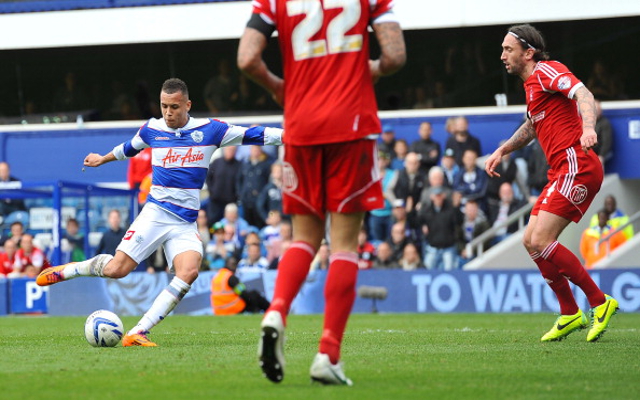 Check in to Derby County vs QPR

Swansea City will look to tempt England Under 21 international Ravel Morrison away from Upton Park this summer with the promise of regular first team action according to the Sunday People.

The cultured midfielder has fallen out with Hammers boss Sam Allardyce and was loaned out to QPR in January as a result and if the West Ham manager is not sacked this summer then one imagines a move to the Liberty Stadium becomes all the more attractive for the former Man United man.

Swans boss Garry Monk will mount a £3.75m bid for the 21 year old though it may take a far larger bid to convince the east London side to sell.

Morrison has enjoyed his temporary spell at Loftus Road, scoring six goals in 15 Championship starts and if QPR battle past Derby County in the play-off final then Harry Redknapp may well look to sign the player permanently.