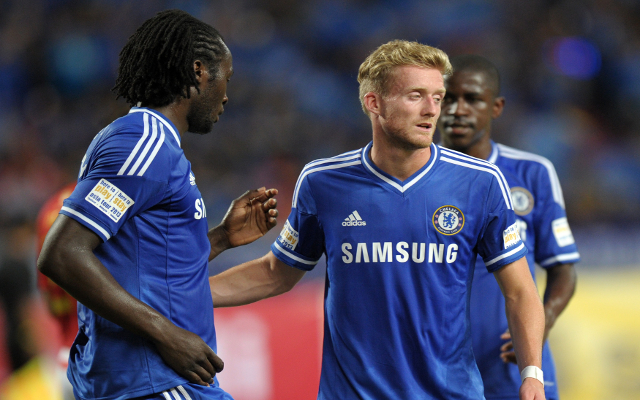 Chelsea wide man Andre Schurrle made full use of what was an all too rare weekend off from playing football, judging by the pictures that the Germany international uploaded on to his Instagram account.

The winger does not officially team up with the rest of his German team-mates for this summer’s Fifa World Cup in Brazil until later this week, and so the player was therefore able to relax at home in west London with his glamorous girlfriend Montana Yorke over the weekend …