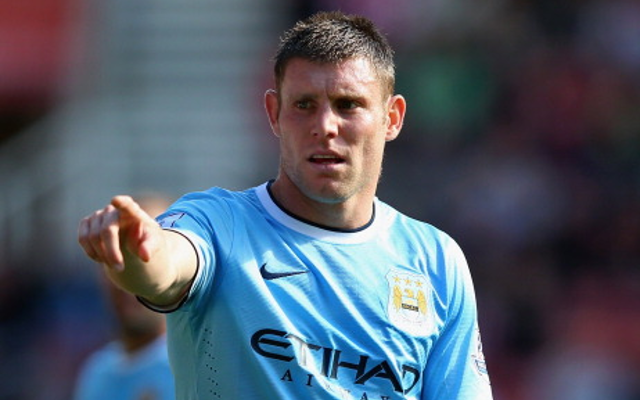 England winger has just 12 months left on his deal in the north west.

Premier League champions Manchester City may prevent unsettled midfielder James Milner from leaving the club this summer, according to reports in the Guardian.

The England international is understood to have decided to quit Eastlands after this summer’s Fifa World Cup finals in Brazil, which Milner will be taking part in with the Three Lions.

However, after mainly being used as a bit-part player by new City head coach Manuel Pellegrini in the previous campaign, which saw Milner spending most of the season warming the substitutes’ bench rather than playing, the 28-year-old now wants to seek out a new challenge in his career at a different club this summer.

And with the likes of FA Cup winners Arsenal, Tottenham Hotspur and Liverpool all said to be keen on landing Milner, the player will not eb short of interesting offers to mull over this summer, however, it now looks like City will refuse to allow him to leave the north west and will instead be happy for the wide man to run down the final 12 months on his contract and leave for nothing next year due to FFP regulations.