The Welshman has hung up his boots after over 20 years in the first team.

It was the end of an era at Manchester United on Monday as club legend Ryan Giggs announced he has retired from playing football aged 40-years-old.

Giggs is the most decorated player in British history having broken into the first team in 1991 and matching Sir Alex Ferguson’s trophy haul during 23 years in the first team.

The Welshman will now take up a position as Louis van Gaal’s No.2 in the Red Devils dugout, so CaughtOffside takes a look back at a brilliant career. 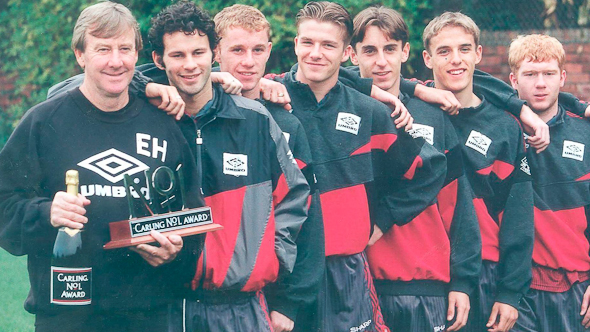 Giggs was the pick of a supremely talented group of youngsters who came through the academy at Old Trafford and went onto win numerous trophies.