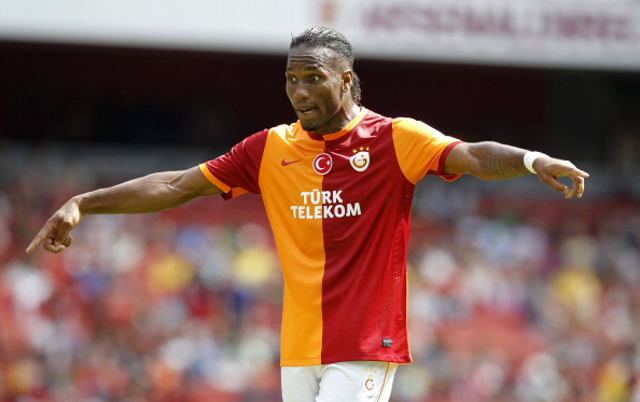 Juventus want to sign legendary forward Didier Drogba on a free transfer this summer, and are closing in on his signature, reports the Daily Mail.

Chelsea were linked to the striker yesterday, who previously scored 157 goals for the Stamford Bridge outfit during his eight year, trophy-laden tenure.

It was thought that the Blues would bring him in to act as cover for a new, world-class striker signing, expected to be Diego Costa – but it appears Juventus are now the frontrunners for the Blues legend.

Juve already have Carlos Tevez, who won the Serie A Player of the Year award, and Fernando Llorente as striker options, so it’s likely that the Ivorian will also be used as a substitute for the Old Lady.

The 36-year-old is ageing, but his performances for Galatasaray last term, where he bagged a more than respectable 14 goals in all competitions, shows he still has the ability to do a job for a good side.

Juventus cantered to a third successive Italian title this term, doing so with a record points tally to boot – but it appears that they are not planning to rest on their laurels ahead of 2014/15 – where the Champions League will no doubt be their priority.