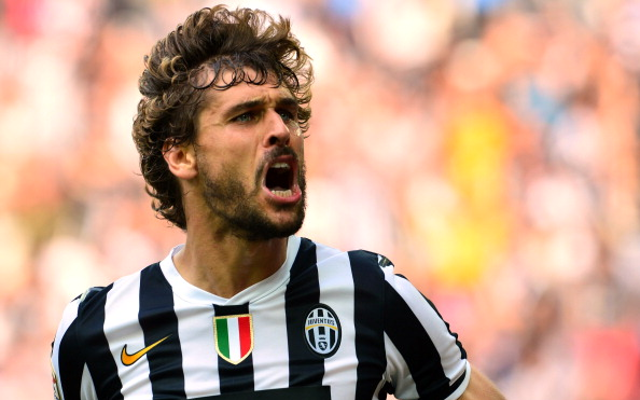 The Gunners are looking to swoop in for Llorente.

Juventus are on the verge of signing former Chelsea striker Didier Drogba, which means Arsenal will be able to make a move for Fernando Llorente, CaughtOffside understands.

The Italian champions are set to bring in the 36-year-old on a free transfer from Galatasaray and the Ivory Coast international is thought to be the ideal partner for Carlos Tevez upfront.

With Sebastian Giovinco, Pablo Osvaldo and Mirko Vucinic already at the Juventus Stadium as well, Llorente’s time in Turin looks to be coming to and end after just 12 months.

The Spain international joined the reigning Serie A champions in the summer of 2013 and has since played 45 games for the club and scored 18 goals.

The Gunners are long-term admirers of Llorente and manager Arsene Wenger would be keen on bringing the 29-year-old to the Emirates Stadium – especially for a cut price fee.

Wenger has admitted that too much reliance was put on Olivier Giroud in attack in 2013/14 and recruitment in the final third is needed over the summer.

The north Londoners have been keeping tabs on both Karim Benzema of Real Madrid and Bayern Munich’s Mario Mandzukic, but both men would cost a significant sum and that would go against the Frenchman’s frugal nature.

Llorente also has the added bonus of being a player who is heavily involved in buildup play – similar to the style of Giroud – and this is something that adheres to Wenger’s tactics.

Whilst critics would say the Spaniard is too much like the current option in north London, the fact that the two would be interchangeable would help in a campaign in which the club will be competing in four competitions once again.