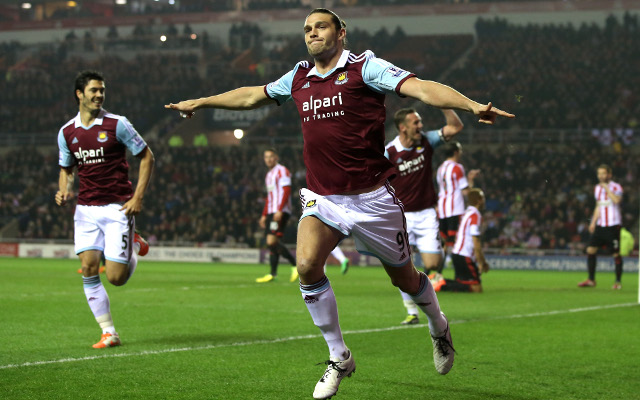 Attacker is one of seven players currently on reserve for Brazil 2014.

West Ham United front man Andy Carroll appears to still be enjoying himself on holiday with his glamorous partner, with the pair now sunning themselves together in the Maldives.

The giant England international was recently placed on standby by Three Lions head coach Roy Hodgson for this summer’s Fifa World Cup finals in Brazil, with Carroll one of seven such players waiting in reserve for the tournament.

However, Carroll and his partner, The Only Way is Essex star Billie Mucklow, appear to be having too much fun in the Indian Ocean at present to be worrying about that!