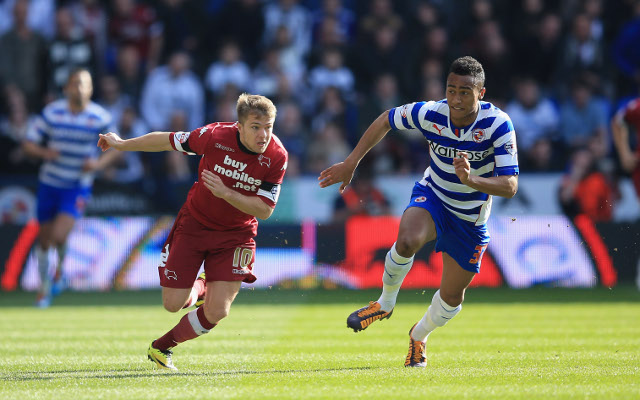 Liverpool and Arsenal are poised to battle it out for the signature of Reading left-back Jordan Obita this summer, according to The Mirror.

Obita, who has represented England six times at Under-19 level, has enjoyed a fine season in the Championship.

The 20-year-old made 34 league appearances for the Royals, who finished seventh in the table, missing out on the playoffs by just one point.

Obita featured in central midfield and on the left wing, but he was used most frequently at left-back, which is his strongest position.

He is an attack-minded full-back, who is excellent at crossing and has a good eye for a pass.

His current contract at the Madejski Stadium is due to expire in June 2017.

The Mirror claims that Liverpool have been watching for Obita for many months, while Arsenal apparently view him as a potential first-team star of the future.