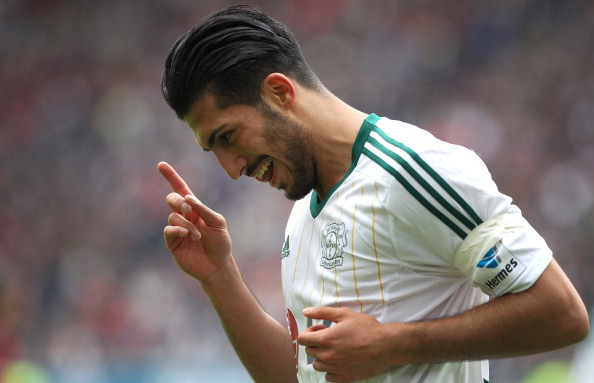 German has been likened to Forrest Gump by one Bundesliga observer, who said: “He just never stops running and would be perfect for Liverpool.”

Liverpool are said to be confident of beating Serie A giants Inter Milan to the signature of Bayer Leverkusen holding midfielder Emre Can after discovering that the youngster has a £10m buyout clause in his current deal with the Bundesliga outfit, according to reports in the Daily Mail.

The Reds head coach Brendan Rodgers is known to be a big fan of the Germany Under-21 internationals and has even been over to the Bundesliga to watch the player in action on several occasions during the past season.

And now it is expected that the Northern Irishman will make a move for the 20-year-old when the summer transfer window reopens for business, although the Merseysiders will have to beat off stiff competition for Can’s signature from Inter.

Rodgers and Liverpool, though, are believed to be confident of being able to persuade the player to choose Anfield over San Siro next season, especially as the club also know Can’s agent Reza Fazeli well after he brokered Nuri Sahin’s loan move to the club in 2012.