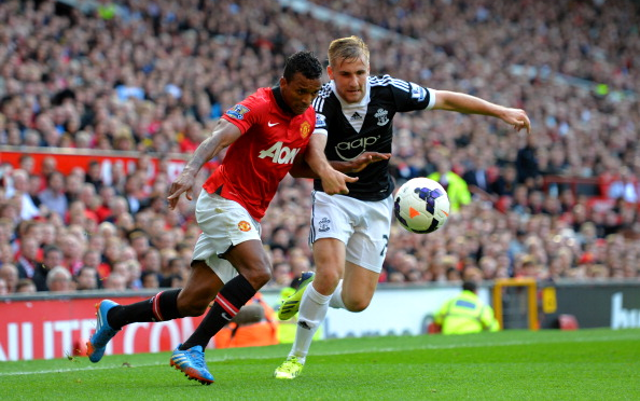 Southampton left-back Luke Shaw has decided to join Manchester United this summer, according to The Mirror.

The 18-year-old, who was included in England’s World Cup squad last week, currently lives with his family in Surrey.

He has just over four years left to run on his Saints contract, but he looks set to leave St Mary’s before the start of next season.

United and Southampton are apparently trying to agree a transfer fee, which is expected to come close to £30m.

Although no deal has yet been struck between the two clubs, The Mirror report that Shaw is already preparing for the switch to Old Trafford.

The newspaper claims that Shaw is “actively looking for a new address in Cheshire”.

Shaw started 35 Premier League games this season. On average, he was dribbled past just 0.6 times per match.

He ended the season with a pass competition rate of 79 per cent.

Shaw will go to this summer’s World Cup as deputy to Everton’s Leighton Baines, who was targeted by United last summer.

Baines has represented the Three Lions 22 times at senior international level, while Shaw has been capped just once – featuring as a second-half substitute in March’s 1-0 win over Denmark.