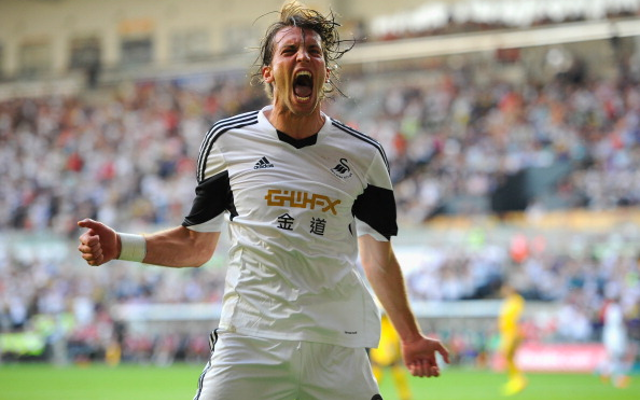 Swansea City have moved quickly to deny that Michu is for sale as Arsenal and Liverpool are rumoured to be interested in his signature.

Amidst rumours that Swansea City have put the club’s star striker Michu up for sale, incumbent manager Garry Monk has moved quickly to deny all talks of a transfer.

Monk was quoted by the Daily Express as saying, “He has definitely not been put up for sale by anyone at this club, me, the chairman or anyone. Our only discussion about Michu is getting him back to fitness and making sure he’s on the pitch for Swansea and scoring goals.”

The Spaniard, who was the club’s top scorer two seasons ago, has struggled for fitness lately. However, despite his limited appearances, interest in him has been high with the aforementioned daily reporting imminent bids from both Arsenal and Liverpool.

However, the 28-year old is now unlikely to be available on the cheap and given his age, the Gunners and the Reds, both of whom prefer younger players, are quite unlikely to spend a sizeable amount of their transfer warchest on him.

This transfer will be made even more improbable by the fact that Swansea’s other striking sensation, Wilfried Bony, has been touted to leave the club this summer, which means Michu’s sale is highly unlikely to be sanctioned.