Anfield anthem You’ll Never Walk Alone gets Liverpool fan Caroline Wozniacki through the cancellation of her wedding to Rory McIlroy.

Tennis superstar Caroline Wozniacki recently suffered the breakup of her engagement to golfer Rory McIlroy, with the Northern Irishman declaring himself unready for marriage shortly after sending out the wedding invitations.

However, the renowned Liverpool fan has claimed on Twitter that the Liverpool supporters’ motto You’ll Never Walk Alone is keeping her strong through a tough time.

It’s a hard time for me right now.Thanks for all the sweet messages!Happy I support Liverpool right now because I know I’ll never walk alone

The line comes from the chorus of the song of the same name from musical Carousel, made famous by Gerry and the Pacemakers, and adopted by Liverpool fans.

Apropos of nothing, Rory McIlroy is a Manchester United supporter.

Anyway, here’s a picture of Caroline Wozniacki in a Liverpool shirt. 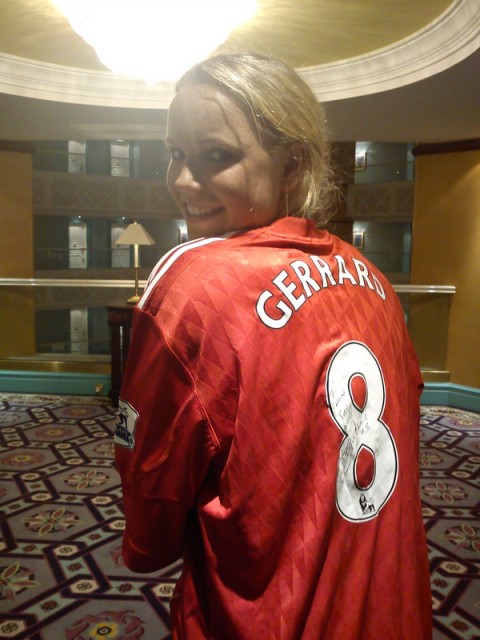