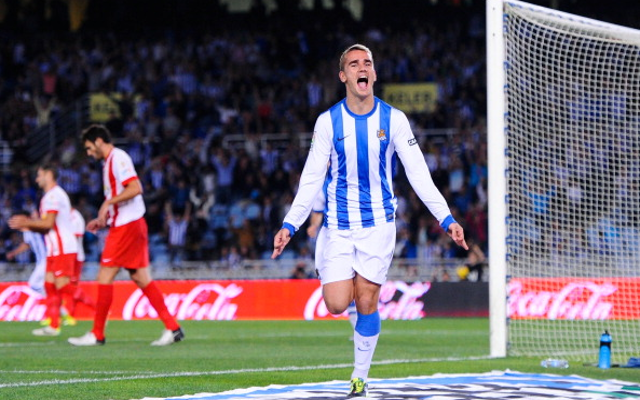 The Gunners are looking to add another Frenchman to their ranks in the form of Griezmann.

Wenger has been tracking the 23-year old for quite a while now, and he seems to be interested in signing the £18m rated wide forward this summer.

The Gunners need to strengthen their forward line if they wish to compete for the Premier League and Champions League next season, and Griezmann has emerged as a player who can add value to the north Londoners.

The recently capped French international has netted 20 times in 49 games for Sociedad this season, and has attracted widespread interest across Europe.

The likes of Manchester United and Paris Saint-Germain are among those interested in the Frenchman, which means that Arsenal will have to step up their chase for Griezmann quickly if they wish to beat growing competition and land him in the summer.