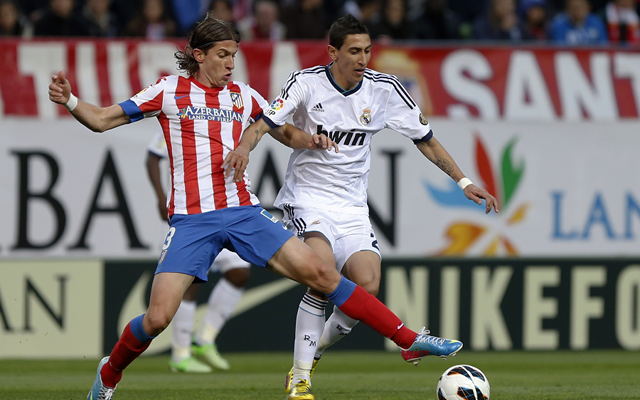 Chelsea are set to press through with an amazing double swoop on newly drowned Spanish champions Atletico Madrid as they look to add left-back Filipe Luis to their squad over the summer, according to the Daily Star.

Blues boss has already put a £32m move in place to bring Diego Costa to Stamford Bridge this summer and he is now reportedly ready to add the 28-year-old to the deal and will bid a further £16m to make it happen.

Chelsea have reportedly identified the Brazilian as the ideal candidate to replace the ageing Ashley Cole as the former Arsenal man nears the exit door in west London.

Luis has starred for Diego Simeone’s side during their run to the Champions League final, and fits the bill as an experienced replacement for 33-year-old Cole, who is leaving Chelsea after eight years in west London.

And the only thing that could apparently scupper the deal is Luke Shaw’s availability at Southampton, though that is not thought to be very likely.

Mourinho is said to have given up the ghost in trying to sign the England international as Manchester united remain in pole position to pick up his signature.