The veteran forward was told that he would not be a part of the 23-man squad to make the cut, and the former Spurs Striker’s decision caused shockwaves across the world as many believed that Donovan would be a nailed on certainty being their all time top scorer.

A consummate professional, though, Donovan released a statement proving that he is a classy character by saying:

It has been an honor and privilege to have represented the U.S. National Team in three World Cups.

I was looking forward to playing in Brazil and, as you can imagine, I am very disappointed with today’s decision. Regardless, I will be cheering on my friends and teammates this summer, and I remain committed to helping grow soccer in the U.S. in the years to come.

But that was in far contrast to what Klinsmann’s son, Jonathan, said, choosing to mock Donovan with a hugely disrespectful tweet.

Following the incident Klinsmann Jr removed his profile because of the backlash, but not before somebody took a screenshot and passed it on. 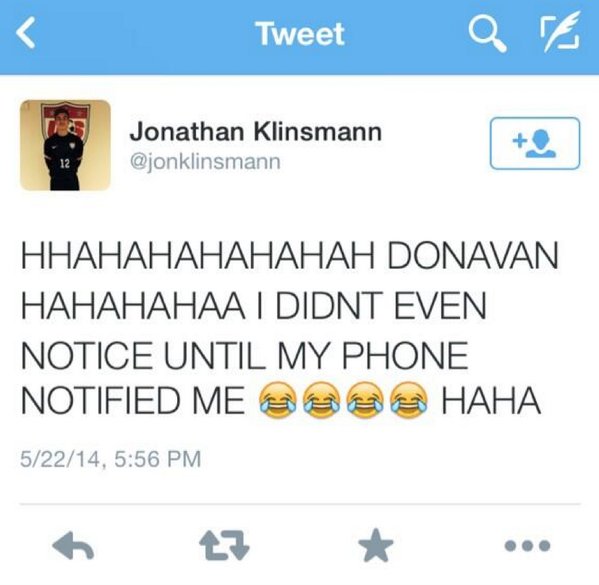