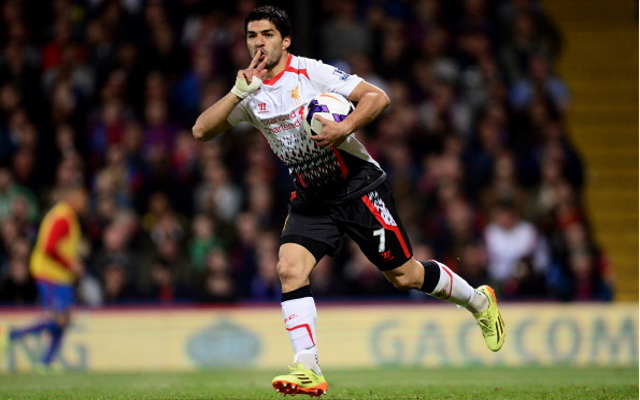 A knee surgeon has told BBC Sport that Liverpool striker Luis Suarez has a chance of being fit to play for Uruguay against England in next month’s key World Cup clash.

The 27-year-old, who scored 31 Premier League goals in 33 games this season, went under the knife earlier this week after suffering meniscus damage.

It is feared – or hoped, depending who you support – that Suarez could miss his country’s Brazil 2014 campaign.

However, a specialist explained to Radio 5 Live that he could be back in action within three or four weeks.

Group D rivals England and Uruguay will meet in Sao Paulo on June 19.

Listen to the surgeon’s explanation by clicking the popup box below.