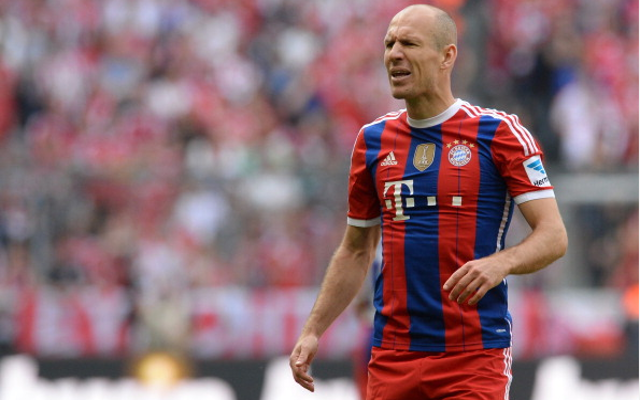 Former Chelsea winger Arjen Robben has insisted that he will not be returning to the Premier League this summer.

The 30-year-old, who has won three Bundesliga titles and one Champions League since joining Bayern Munich from Real Madrid in 2009, has been strongly linked with a move Manchester United.

Van Gaal, who was appointed as United manager earlier this week, is believed to be keen on bringing Robben to Old Trafford. However, Robben is adamant that he is going nowhere.

He told De Telegraaf: “Manchester United? That’s not an option. I am staying at Bayern Munich. Period.

“And I cannot imagine that Bayern would want to sell me.

“I have only just renewed my contract and we are happy with each other. It would have been a different story had I been unhappy.

“I would have been open to a move then, because I had a great time under Van Gaal at Bayern. He has been very important for my career. However, fact is that I am very happy at my current club.”

Robben put pen to paper on a contract extension in March, committing his future to Bayern until June 2017.

He enjoyed a fine season, scoring 15 goals and providing 10 assists in 38 Bundesliga and Champions League games.

The 73-time Holland international will be hoping to make a big impact at the World Cup, which begins in Brazil on June 12.

Holland, who remained unbeaten throughout their qualifying campaign, have been drawn in Group B, along with Spain, Chile and Australia.