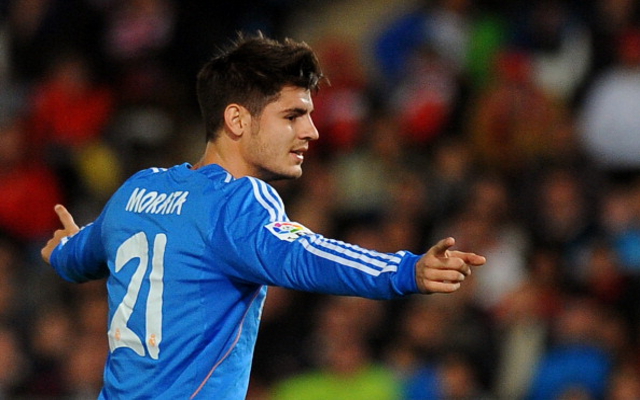 In-demand Spanish striker shows that he can stop goals as well as score them!

The 21-year-old, who is reportedly wanted by Tottenham Hotspur, Arsenal, Inter Milan and Juventus, trained with Real in Lisbon last night, in preparation for today’s Champions League final.

Morata spent a brief part of the session as a gloveless goalkeeper, making a fine diving save to keep out a shot from Sergio Ramos.

Watch the impressive save in the video below.