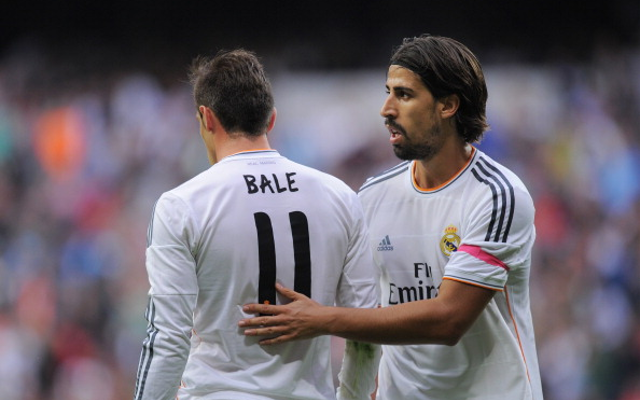 Arsenal head coach Arsene Wenger is said to be mulling over making a cut-price move for Real Madrid holding midfielder Sami Khedira this summer, with the Germany international set to cost the Gunners far less than FC Barcelona star Cesc Fabregas would, according to reports in the Sunday Mirror.

The north London club are currently on the look out for a new defensive midfielder to lure to the Emirates this summer to replace the ageing Mikel Arteta in the role going forward.

And while the club do have first option to re-sign their former skipper Fabreags for next season after the playmaker was made available to buy by the La Liga giants, Barca are seeking a transfer fee in excess of £30m for the Spain international.

However, with Los Blancos’ Khedira likely to only cost Wenger and Arsenal somewhere in the region of £15m, the Premier League outfit see the 27-year-old as the far cheaper option of the two.

Arsenal in fact tried to lure the player to north London in the January transfer window, but at that time Khedira was still recovering from a serious knee injury, although with the German now back to full fitness, Wenger may now reignite his interest in him.