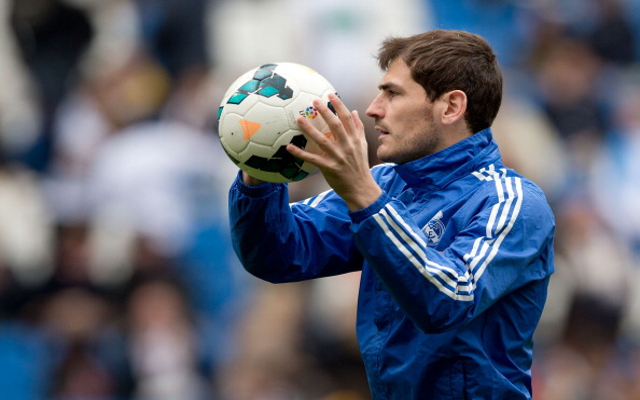 Spanish goalkeeper Iker Casillas won the Champions League for the third time in his illustrious career on Saturday night.

The 33-year-old produced a bad individual error to gift Atletico Madrid a 1-0 lead in the first half of a tense final in Lisbon.

However, his Real Madrid teammates got him out of jail, as Sergio Ramos, Gareth Bale, Marcelo and Cristiano Ronaldo secured a dramatic 4-1 win after extra time.

After a long night of celebrating in the Spanish capital, Casillas returned home and showed his new medal to his infant son, who put it in his mouth.

Casillas and long-term partner Sara Carbonero, who is a sports journalist, became parents for the first time in July last year.