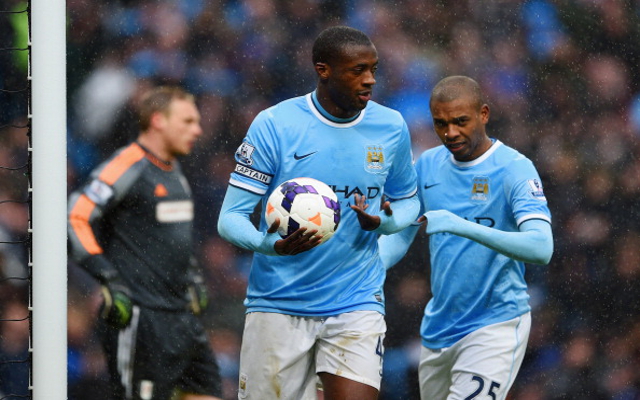 Playmaker’s current contract still has three years left to run on it.

Premier League champions Manchester City have no plans on offering star man Yaya Toure a new bumper contract at Eastlands, according to reports in the Mail on Sunday.

The highly rated Ivory Coast international’s future in the north west is in some doubt at present after the player’s agent recently claimed that his client was unhappy at the club because his employers do not show him enough respect or love.

However, it is believed that Toure and his representative are simply playing a game of cat and mouse in order to get a new lucrative contract out of City, with the 31-year-old’s current deal, worth a staggering £250,000 per week, set to run out in June 2017.

But the powerful midfielder’s camp feel that the Ivorian should be earning the same amount as Manchester United front man Wayne Rooney, which is why Toure now wants a new contract worth an eye-catching £300,000 per week.

City officials, though, have no intention whatsoever apparently of caving in to their star man’s demands, especially as Toure will be 32 next year.