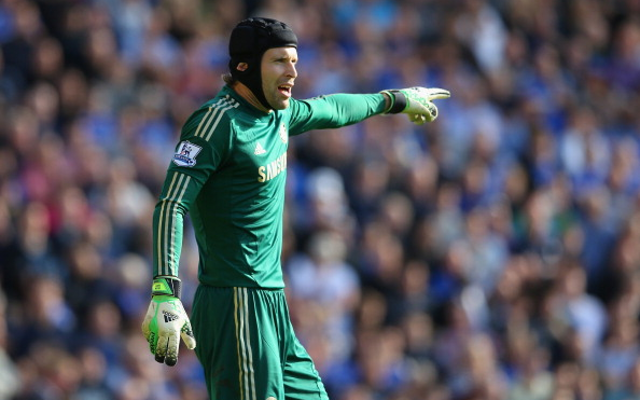 Blues No 1 has a contract at Stamford Bridge until 2016.

Tottenham Hotspur aim to replace their departing goalkeeper Hugo Lloris with Chelsea No 1 Petr Cech next season, according to reports in the Sunday Mirror.

The north London club are said to already be preparing themselves for the likely departure of their coveted France international from White Hart Lane this summer after their failure to finish the previous campaign in the top four of the Premier League, and with it gain entry into the Uefa Champions League.

And now as a result, it is feared that Lloris will quit the club in order to be able to play in Europe’s premier club competition next season, with the likes of AS Roma, Paris Saint-Germain and FC Barcelona all said to be lining up to try to sign the highly rated shot stopper.

However, with Spurs said to be seeking a massive transfer fee in the region of £30m for Lloris, the club will then be able to afford to try to tempt the Blues’ experienced Czech  Republic international across the capital, with Cech expected to quit Stamford Bridge with Thibaut Courtois set to be the new Chelsea No 1.