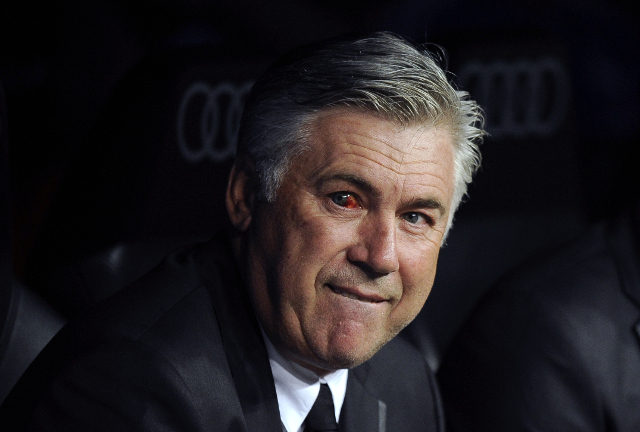 Italian has just won his third European Cup as a manager.

Tottenham Hotspur chairman Daniel Levy will make one final check on the availability of Real Madrid head coach Carlo Ancelotti before then beginning his search for a new manager at White Hart Lane next week, according to reports in the Sunday Telegraph.

Levy has been waiting to see what happens in the Uefa Champions League final before making his move, and the Tottenham supremo will first check with the La Liga giants to confirm that the former Chelsea boss will still be in charge at the Santiago Bernabeu next season before then finalising his own managerial plans.

And if, as is expected, Los Blancos to decide to retain Ancelotti’s services now that the club have finally won their 10th European Cup following their dramatic 4-1 win over city rivals Atletico Madrid in Lisbon on Saturday night, then Levy will instead turn his attentions to either Southampton coach Mauricio Pochettino or Ajax manager Frank de Boer when he finally begins his search for a successor to the recently sacked Tim Sherwood in north London.