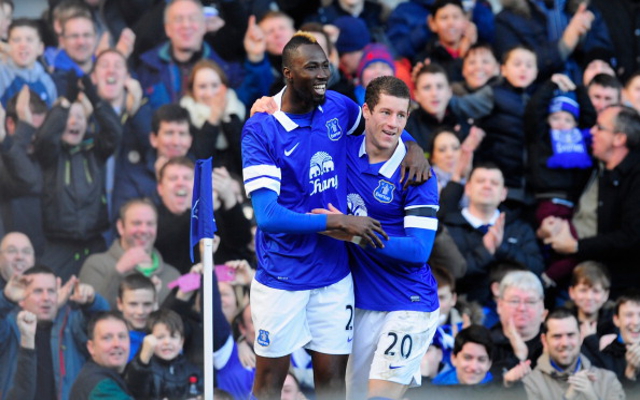 Tottenham Hotspur are believed to have approached French giants Monaco with a £2m offer to take giants striker Lacina Traore on loan next season, according to the Metro.

Traore, who moved to Monaco from Russian club Anzhi for £14m during the January transfer window, was promptly loaned out straight away and he finished the campaign with Premier League side Everton.

During his time on Merseyside he managed to bag himself just one goal as a serious back injury curtailed the majority of his time there, but that has not thought to have been enough to prevent Tottenham from offering him a second bite of the cherry in England.

Traore is also attracting interest from the likes of Hull, Stoke and Everton, who are keen to have him back, but none of them have yet matched Spurs’ offer of a £2m loan fee.

Spurs are kicking ahead with transfer plans despite not having a manager, with technical director Franco Baldini in charge of deals.

The club are also said to be looking for buyers for misfiring £26m striker Roberto Soldado, who has failed to live up to his price tag this season.