It’s unclear as to what the beef is between the pair, but Chopra originally attempted to get in touch with Williams’ teammate Wayne Routledge before turning his attentions to the man himself.

Chopra is now a free agent following a career blighted with injuries and off the field problems.

Threatening the Wales international with ‘texts and pics’ there will be a close watch being kept on developments concerning the pair in the coming days. 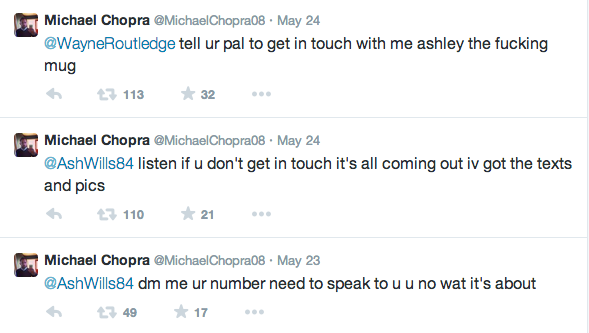