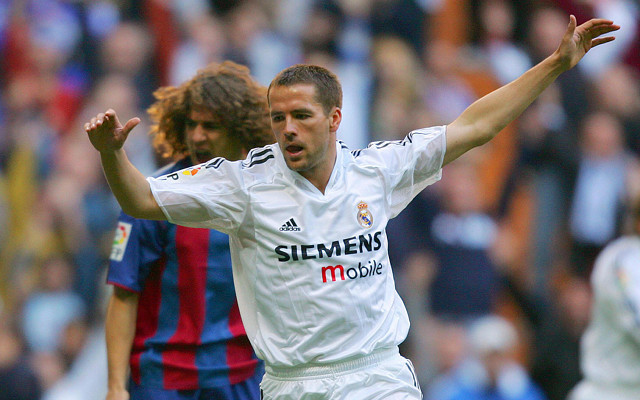 Former Real Madrid striker and media talking head Michael Owen posted a tweet making a very tenuous link to his involvement in the club’s Champions League success at the weekend.

Nice to see the money used from the sale of me produce the goods! Real confirmed the signing of Ramos once they agreed to sell me. #GoodSwap

Having spent a season with the Spanish giants during the 2004/05 campaign, and despite bagging 16 goals in 45 appearances he spent the majority of the term frozen out of the squad.

He eventually ended his spell by joining Premier League side Newcastle United, where he went on to achieve absolutely no success whatsoever.

Sergio Ramos was bought from Sevilla the next season, and watching the final last night, Owen hilariously tried to take some credit for Madrid’s triumph, by claiming that Real bought Ramos with funds raised from his sale!

You’d have to hope that it was only a joke, but deep down there was surely a part of him that was seething with envy.