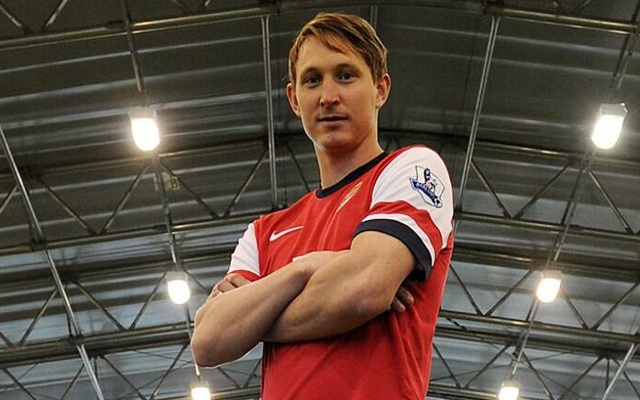 Experienced star joined the club at the turn of the year.

On-loan Arsenal midfielder Kim Kallstrom has revealed that he may return to the north London club at some point in the future, according to reports in the Daily Mirror.

The Gunners caused more than a few raised eyebrows when they decided to sign the experienced Sweden international from Russian Premier League giants Spartak Moscow on a six-month loan deal in the January transfer window.

However, Kallstrom’s spell at the Emirates was blighted by a back injury that the player picked up as soon as he had arrived at the club which in the end restricted the 31-year-old to just the four appearances in total for the club, three of which came in the Premier League, during which time he did not manage to contribute a single goal or assist.

But despite the fact that Kallstrom has now returned home to the Russian capital, he has admitted that there is a chance of him one day returning to play for the club again in the future.

“We had a long talk about everything,” said Kallstrom regarding a chat that he had with Arsenal head coach Arsene Wenger on his exit from the capital.

“They were really happy with my work.”

And when quizzed on whether there was any possibility of him playing for Arsenal again in the future, Kallstrom said: “Yes. We we will see what happens. I had a fantastic time at Arsenal and like their style.”