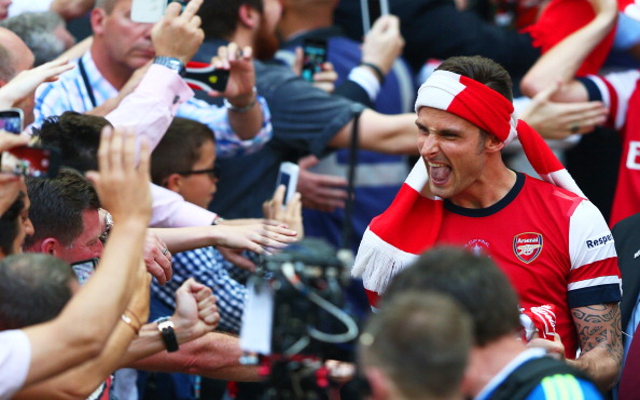 Arsenal forward Olivier Giroud is in talks over signing a new Gunners deal according to an ESPN report.

The powerful striker had looked at times overworked and exhausted during the 2013/14 season, a direct result of Arsene Wenger’s inability, or refusal, to bring in further attacking options. This in turn exacerbated by injuries suffered by both Lukas Podolski and Theo Walcott.

“We lacked maturity; we had a lot of injuries at a tricky time. Above all, we weren’t able to adapt to the big teams, and we often went off the rails in big games. We have to improve in those matches, perhaps we have to try to play less. But it’s hard with the playing philosophy we have.”

The 27 year old’s current deal runs until 2016 but will follow the likes of Santi Cazorla and Aaron Ramsey by penning a contract extension, one that Giroud is clearly happy to sign.

“I have two years left on my contract, but we’re in talks to extend it,” Giroud told Midi Libre. “For the moment, I’m good here. There are some good things to be done.”

Though at times Giroud came in for his fair share of criticism over the course of the last campaign the former Montpellier man did still manage to rack up a more than respectable total of 22 goals in all competitions.