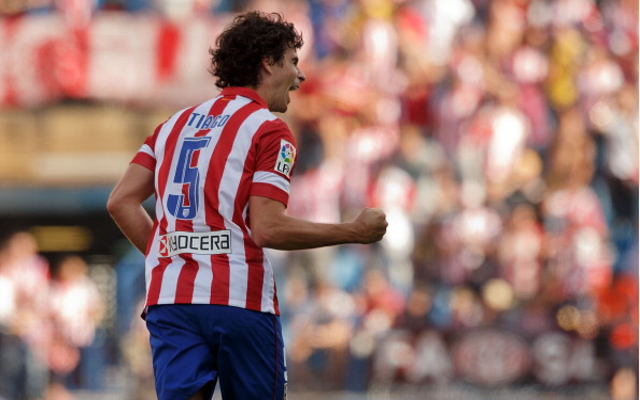 Stamford Bridge side look to bring in experienced Portuguese international.

Chelsea have reportedly agreed a deal to re-sign Atletico Madrid midfielder Tiago according to the Daily Mail.

The 33 year old Portuguese international is out of contract and ready to return to Stamford Bridge after helping his Vicente Calderon side to the La Liga title and a Champions League final this season.

Tiago spent a season at Chelsea before moving to Lyon in 2005, with Micheal Essien moving in the opposite direction, a decision Jose Mourinho has publicly admitted was a mistaken one.

The battling box to box performer moved to Atletico Madrid in 2010 and made 34 appearances in all competitions last term and could well offer Mourinho further options in the centre of the park.

With David Luiz having been sold and Frank Lampard’s future at the west London club still being up in the air there is certainly scope for a new addition in this regard, especially if Mourinho opts to offload John Obi Mikel.