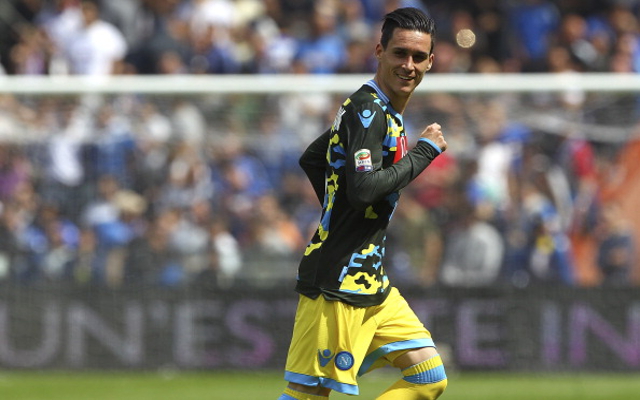 Chelsea boss Jose Mourinho will look to lure Spaniard Jose Callejon to Stamford Bridge with the west London side set to bid for the Napoli attacker according to talkSPORT.

Callejon has greatly impressed during his first season in Serie A, netting 18 goals in all competitions, and proving a key part of Rafa Benitez’s attack alongside fellow former Bernabeu man Gonzalo Higuain.

The adaptable attacker can play out wide or in a central striking role and Mourinho could do with all the additional goal-scoring options he can muster this summer as he looks to replace his current crop of forwards, with Demba Ba, Fernando Torres and Samuel Eto’o all failing to deliver on a consistent enough basis.

Mourinho would like to use the likes of John Obi Mikel or Demba Ba to help cover a portion of any bid for 27 year old Callejon though the Naples side are apparently more open to a straight cash offer.

Mourinho knows Callejon well from their shared time at Real Madrid and will look to bring in the versatile forward to help boost his front-line.