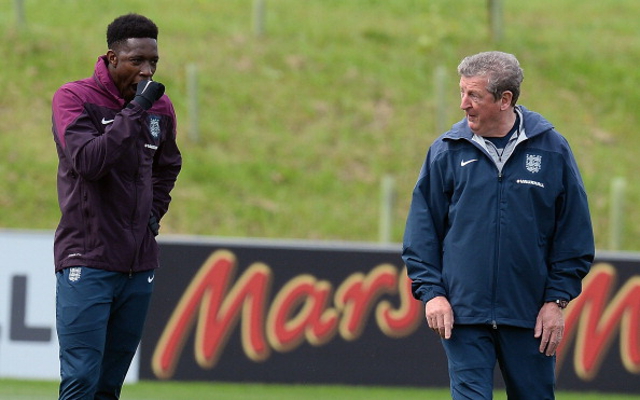 Everton are readying a move for Man United striker Danny Welbeck as Roberto Martinez seeks to fill the void left by Romelu Lukaku’s return to Chelsea.

Goal.com claim that the England international leads the Toffees summer transfer wish-list and Martinez will hope that the chance to secure regular first team action would tempt the 24 year old.

Welbeck had his most prolific season to date in 2013/14 but still only secured 15 Premier League starts and will be behind Robin Van Persie and Wayne Rooney under incoming boss Louis van Gaal, as well as any potential additions the Dutch manager looks to make.

A good World Cup showing could increase Welbeck’s chances of securing a move to a side that can offer the Man United man Champions League action but failing that a move to a resurgent Everton could be a sensible one to consider.

Martinez is also looking to bring in Gareth Barry, who enjoyed a strong showing in his season long loan spell at the Merseyside club last term.

This source makes a point of stating that Everton hold no interest in a deal that would see Welbeck used as bait in Man United’s pursuit of youngster Ross Barkley.