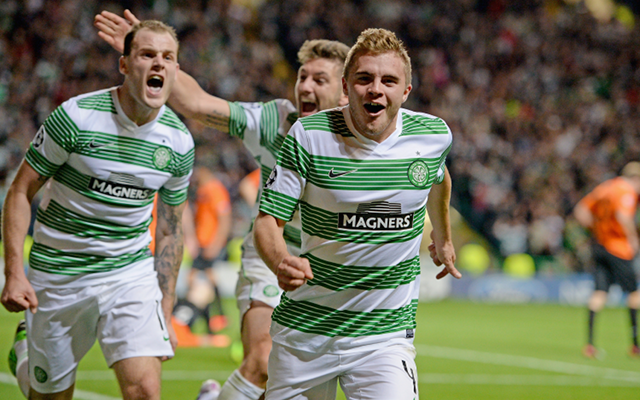 Toffees linked with a move for tricky Scotland wide man.

Check in to Nigeria vs Scotland

Everton are keen to sign Celtic winger James Forrest, according to the Sunday People.

The Toffees had been hoping to retain the services of Barcelona youngster Gerard Deulofeu, who spent this season on loan at Goodison Park.

However, new Barca boss Luis Enrique has told the Toffees that he wants the 20-year-old back at the Camp Nou.

Forrest managed to play just 16 league games for Celtic during an injury-interrupted campaign. He found the net four times in the SPL, as well as scoring twice in eight Champions League outings.

He has been capped nine times by Scotland at senior international level.

Forrest has 18 months left to run on his current contract at Parkhead and Celtic are likely to demand a transfer fee of around £7m to sanction his sale.

Everton manager Roberto Martinez would apparently prefer to agree a loan deal for the player.

If Forrest does move to Everton, he will link up with former Celtic teammate Aiden McGeady, who joined the Toffees from Spartak Moscow in January.