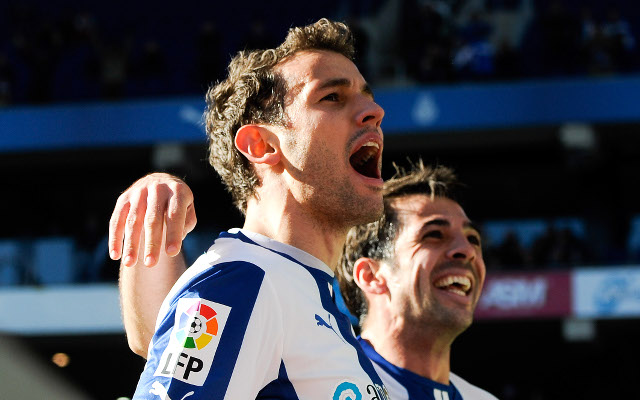 Tottenham have appointed young and talented Argentina manager Mauricio Pochettino as manager, and the former Southampton and Espanyol boss could look to his former clubs to bring in players he knows and trusts…

Caught Offside understands that Pochettino has earmarked a move for Espanyol’s 26-year-old anchorman Victor Sanchez, having worked extremely well with the battler during his time in charge of the Spanish top tier outfit.

Sanchez was by far and away Espanyol’s best player last season, and unarguably deserves to be playing at a better level after helping his side narrowly avoid relegation last term.

Last term, he averaged 5.1 tackles per match in La Liga, by far the most in their entire top flight.

Sacked boss Tim sherwood often deployed Nabil Bentaleb in holding-midfield, but Spurs fans doubt whether the teenager is ready yet to fulfil the role long-term, while injuries and a questionable attitude affected Sandro’s campaign.

Sanchez then would add a combative, dynamic option for Spurs, much like Morgan Schneiderlin did under Pochettino for Southampton.

The Spaniard prides himself on the defensive base he provides the midfield. Not only can Sanchez tackle and intercept, but his discipline creates a platform from which other players around him can perform.

What’s more, his versatility will undoubtedly tempt Pochettino as well. He’s equally adept at right-back, and with Kyle Walker perpetually injured and Kyle Naughton arguably not up to scratch, Sanchez’s ability to cover the position would aid the new boss.

The fact that Sanchez has played under Pochettino, and will be available for under £10m, gives this transfer every chance of happening…

Sanchez is a product of the famous Barcelona La Masia academy, although his career stagnated at the Nou Camp, making only eight league appearances between 2008 and 2011. He then spent loan spells at Xerez and Getafe, before signing for Swiss outfit Neuchamel Xamax. He then transfered to Espanyol in January 2012, and has developed into a seriously effective defensive midfielder.