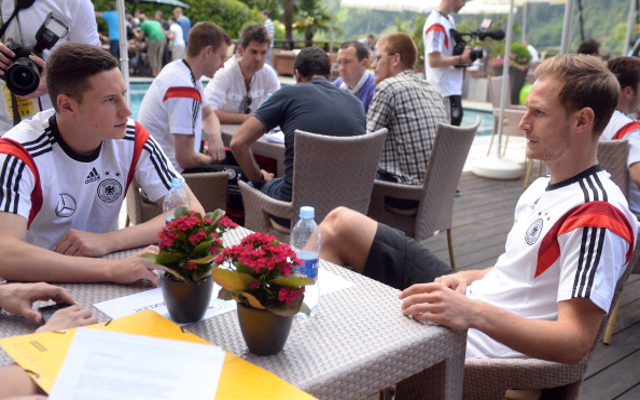 German internationals Julian Draxler and Benedikt Howedes have been involved in a car crash during the shooting of a Mercedes advert according to the Daily Mail.

The pair were passengers in a car driven by Formula 1 driver Nico Rosberg which was traveling alongside a second car driven by DTM driver Pascal Wehrlein which collided with two people walking on the road in Italy’s South Tyrol region.

Speaking after the incident Rosberg, who leads the F1 standings, stating;

‘I am shocked by the accident,’

‘My thoughts are with the two people who were injured and I wish them a fast recovery.’

Neither player was injured in the crash and an investigation into the accident is now underway.

The Germans are preparing for next month’s World Cup at an Alpine hotel in northern Italy and will remain there until June 1.