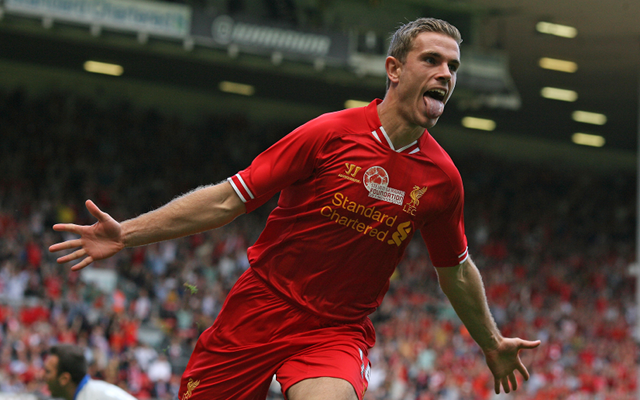 Youngster is set to start for his country at Brazil 2014.

Liverpool midfielder Jordan Henderson has claimed that all the recent criticisms that have come his way have only made him more determined to prove all his doubters wrong, according to reports in the Daily Mirror.

The England international has just enjoyed his best-ever campaign since joining the Merseyside giants from Sunderland in the summer of 2010 in a deal worth between £16m and £20m.

Henderson, 23, managed to register an impressive four goals and seven assists in total in his 35 Premier League contests for the Reds as Brendan Rodgers’s outfit made a shock challenge for the league title last season.

And now the player is even in line to line up for the Three Lions in the middle of the park alongside his Liverpool and England captain Steven Gerrard at this summer’s Fifa World Cup finals in Brazil, which get under way in less than a months’ time now.

“In football you are going to have times where you have got to be strong, and you have got to keep believing in your own ability. That is just part and parcel of the game,” said Henderson.

“All I do is just try to get on with it and work hard. I always believed I was a good enough player to be playing for England and Liverpool as well.

“Hopefully I can keep progressing as a player and getting better. There were a few people who did help me – the big players at Liverpool when you’re around them help you a lot.

“But at the same time you have to deal with stuff like that on your own and try and get through it on your own. No one else can change it – except yourself, to be honest.

“There is no one more disappointed than us when we don’t have a good game or are not playing well – I just had to keep battling and try and prove them wrong.”

And as for that much-publicised criticism of his running style by former Manchester United manager Sir Alex Ferguson, Henderson said: “I think everybody blew it up to be more than it was.

“But looking back I took it as a bit of a compliment because he said he was watching us and thinking about buying us so I must have been doing something right.”