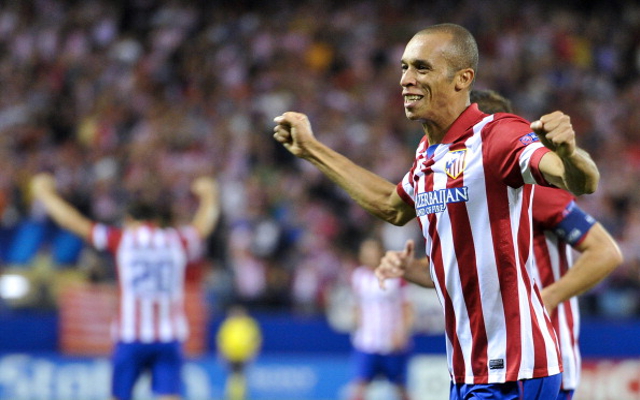 Manchester United are on the verge of wrapping up a deal to sign Atletico Madrid’s impressive central defender Miranda, reports Spanish publication AS.

According to the story, United are close to sealing a €30m deal for the 29-year-old Brazilian, who has won seven caps for his country.

Despite a wonderful individual season with Atletico, where he won La Liga and was voted into the Spanish top flight’s Team of the Year, he has not been selected for Luis Felipe Scolari’s World Cup squad.

His form though has apparently not gone unnoticed at Old Trafford though, with the United hierarchy desperate to bring in top quality replacements for Rio Ferdinand and Nemanja Vidic, both of whom are leaving the cub this summer.

Before United fans get too excited about the potential arrival of the no-nonsense defender, it’s important to note that Spanish publication MARCA reckon that Miranda is much nearer to a transfer to Barcelona, and not the Premier League giants.

Miranda prides himself on his superb aerial ability, his composure on the ball and his defensive positioning. He isn’t the quickest, but uses his on pitch intelligence to restrict opposing attackers to few chances.

Although his ability is not questioned, the mooted price tag seems steep for a player approaching 30-years-old.