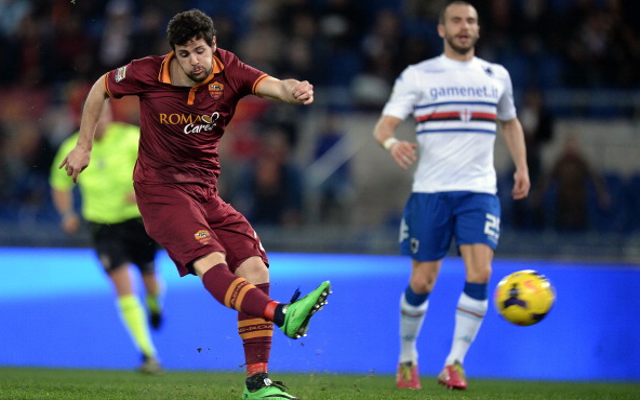 Newly appointed Tottenham boss Mauricio Pochettino will look to bring in AS Roma forward Mattia Destro as his first White Hart Lane signing according to the Metro.

The 23 year old Italian international was in fine form last term, scoring 13 goals in just 14 Serie A starts, which has led to a call-up to Cesare Prandelli’s 2014 World Cup finals squad.

Pochettino is said to have tracked Destro whilst at Southampton and may now feel in a superior position to lure the former Siena and Genoa man to the Premier League.

Tottenham will offer £14m for Destro can also play on the left or right wing as well as in his usual striking spot.

The north London club could well do with an injection of effective goal-scoring options given the lack of success exhibited by new signings Roberto Soldado and Erik Lamela.

One imagines that chairman Daniel Levy will be reticent to hand Pochettino a limitless pot of funds having forked out over £110m in last summer’s transfer window.