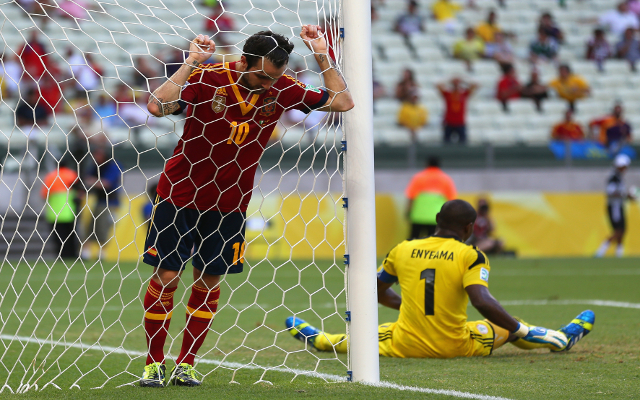 FC Barcelona midfielder Cesc Fabregas has been heavily linked with a summer return to the Premier League.

One of the former Arsenal captain’s potential destinations is Old Trafford.

If he moves to Manchester United, he will train alongside goalkeeper David de Gea.

The international teammates were on opposing sides in a recent practice match, as part of Spain’s World Cup preparations.

Check it out in the video below.