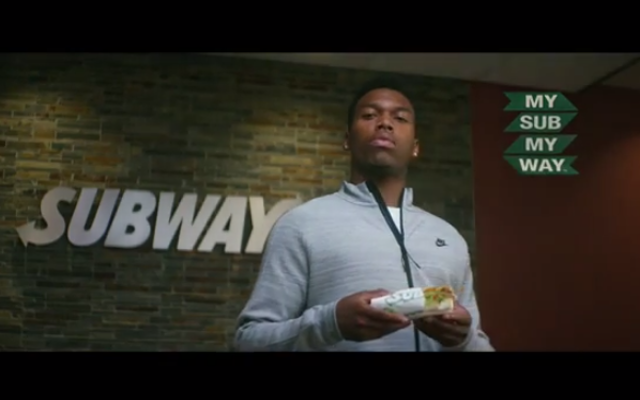 24-year-old Sturridge is likely to start up top for his country in this year’s World Cup, which Pele famously won three times with Brazil in 1958, 1962 and 1970.

England fans will be hoping Sturridge can come one step closer to emulating the idol this summer!

Subway released this blurb that accompanies the ad:

This time around, we follow young Daniel, who dreams of one day being a great footballer like his idol Pelé. He tries and tries again to play football the Pelé way, until the moment his hero appears to him, empowering him to do things his way. Now Daniel has his own set of famous moves.

You can watch the ad, here: