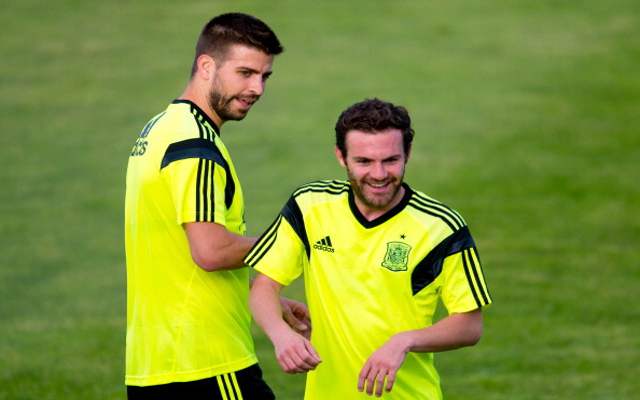 The 26-year-old, who joined United from Chelsea in January, beat Liverpool goalkeeper Pepe Reina from inside his own half, albeit on a smaller pitch.

The incident occurred during one of Spain’s training sessions ahead of this summer’s World Cup.

Reina is still under contract with Liverpool, but he has not played for the Reds since May 2013.

He spent this season on loan at Napoli.

Check out the goal below.