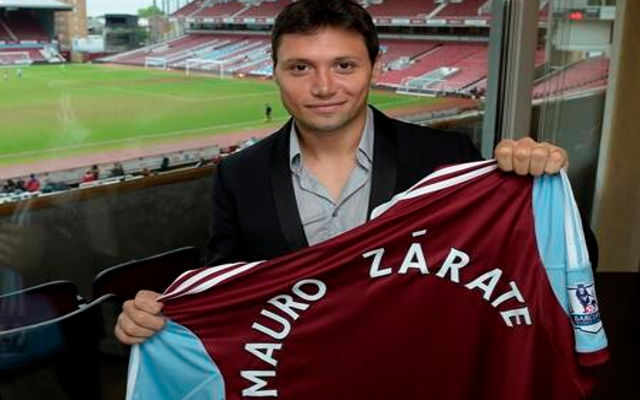 The much traveled 27 year old has signed a three year deal which includes an option of a further year following the completion of his initial contract.

Zarate returned to his former club Vélez Sarsfield in July 2013 and re-ignited a career that had been stagnating in Italy, with the flair player netting 19 goals last season.

Sam Allardyce had been keen to strengthen his attack and will hope Zarate offers him further options in the final third as he provides the former Inter and Lazio man a return to the Premier League.

Mauro Zarate spent five months on loan at Birmingham City in 2007/08, scoring four goals in 14 appearances, but was unable to prevent the club from suffering relegation.