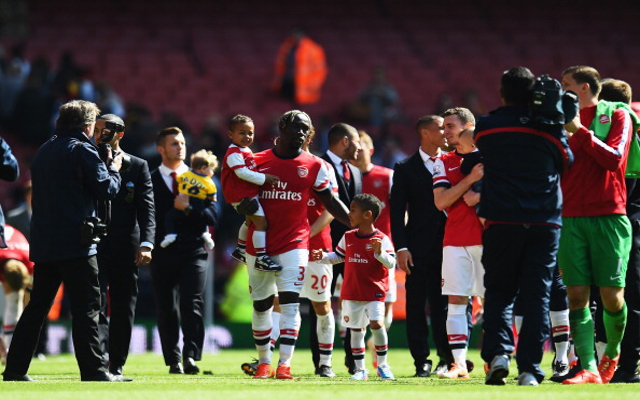 French veteran Bacary Sagna has confirmed he will leave Arsenal this summer with a move to Man City looking very likely indeed according to the Daily Mail.

The 31 year old right-back’s Gunners contract is set to expire and after months of negotiating it appears that the north London side were unable, or unwilling, to meet Sagna’s demands.

‘It is no longer a secret, I am leaving Arsenal, it is a certainty,’

‘Arsenal made an effort (to keep me), but the discussions did not go in the direction that I wanted.’

Arsenal had offered Sagna a three year contract worth £80k a week but it seems the long serving star wanted more and is reportedly ‘all but agreed’ terms on a £150k a week deal that will see him vying Pablo Zabaleta for a first team spot at the Etihad Stadium.

Sagna is currently with the French national team ahead of the 2014 World Cup finals.

Wenger brought in Sagna from Auxerre in July 2007 and it’s perhaps fitting that his last appearance for the club, the FA Cup final win over Hull City, produced his only winners medal of a seven season spell.