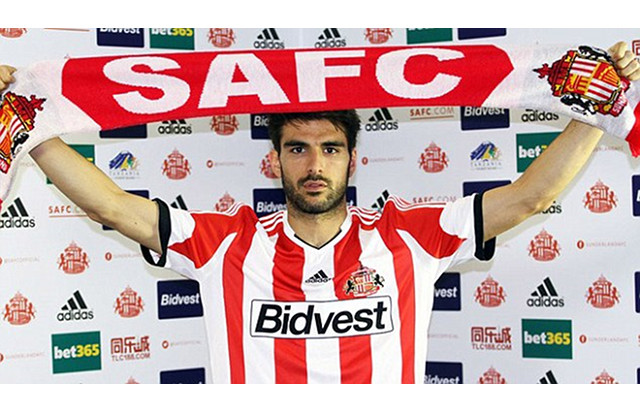 Sunderland have sealed the deal to bring Wigan Athletic midfielder Jordi Gomes to the club on a three-year deal, Sky Sports reports.

The classy midfielder will link up with the Black Cats on July 1st, thus ending his five-year stay at the DW Stadium.

Gomez originally moved to England from Espanyol in 2008, impressing on a loan spell at Swansea, and was quickly snapped up by The Latics.

And during his time with the club he made 155 appearances for the club, scoring 26 goals and helping his side to win the FA Cup in 2013, and even scooped the Player of the Year award last season.

However, Gomez will now return to the top flight as Sunderland chief Gus Poyet looks to begin with his summer strengthening.

The 29-year-old has already become the club’s second signing of the off season as Poyet has also completed a deal for full-back Billy Jones, who joins from West Brom.

Poyet performed a minor miracle last season to keep the Black Cats in the Premier League and will now get to mould the squad to how he wants it after being left with Paolo Di Canio’s squad when he took over.