Polish deputy was the worst of a bad bunch.

This week Arsenal lost goalkeeper Lukasz Fabianski to Swansea City after his contract with the north London side wound down.

Gunners boss Arsene Wenger had attempted to keep a hold of the 29-year-old by offering him a new deal, but Fabianski’s refusal was actually a blessing in disguise.

As seen on the picture below, Fabianski had the worst save percentage of any Arsenal goalkeeper since 2003.

Mad as a hatter shot-stopper Jens Lehmann heads the list with 73.2 per cent, followed by the much-maligned Manuel Almunia (72.2).

Current first choice Wojciech Szczesny records a marginally better save percentage than the departed Fabianski, with 69.8 per cent. 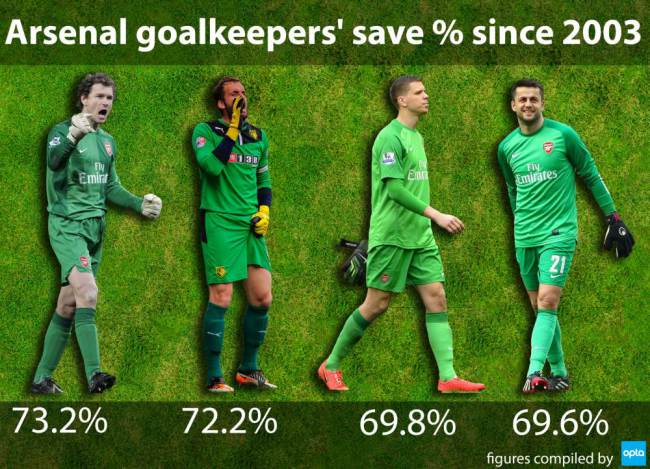