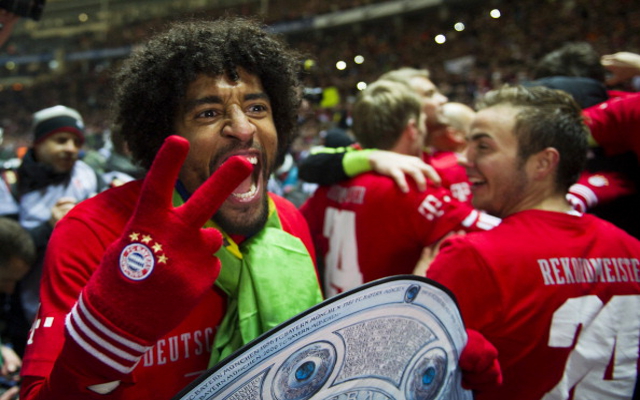 Liverpool are set to enter the race to sign experienced Bayern Munich defender Dante this summer and will rival fellow Premier League sides Manchester United and Chelsea for his signature, according to the Daily Mail.

The Brazilian star looked set to join up with United during the January transfer window only to have a last minute change of heart and remain with the Bundesliga champions instead.

In United’s previous attempts to sign the Brazilian international, he said that he “appreciates Manchester United’s interest.”

However, it remains to be seen whether new United boss Louis Van Gaal will seek to follow up on the club’s initial interest when he takes over after the World Cup.

Chelsea had also been linked with making a move for the 30-year-old as a replacement for Paris Saint Germain bound David Luiz.

But despite all of the speculation linking him with a switch to the Premier League, Liverpool are now thought to be preparing an offer to stump their rivals and bring him to Anfield.

The Reds had enjoyed some outstanding form last season that has seen them make their long awaited return to the Champions League, but the organisation and quality of their defence has failed to stand up to even the most lacklustre of strike forces, conceding a staggering 50 goals.