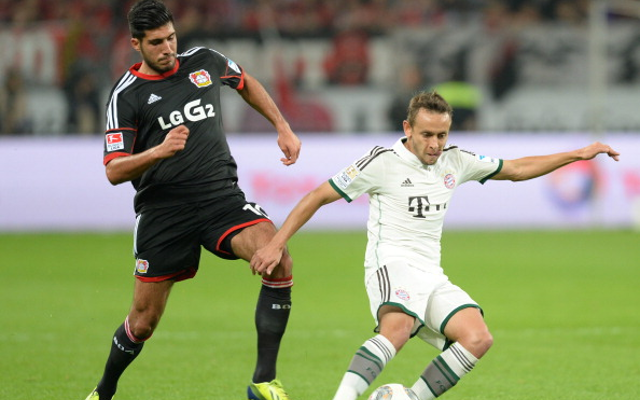 Emre Can weighs up his options ahead of potential Anfield move…

Bayer Leverkusen’s ultra talented central midfielder Emre Can wants to give himself some time to think before deciding if he will complete a €12m move to Premier League giants Liverpool, reports German daily Bild.

The Reds watched Can closely last term, and are ready to bring him in to bolster their squad ahead of next season’s Champions League campaign.

Bild though reckon that the player himself is insure on whether to move abroad yet, and wants to give himself time to weigh up his future if Liverpool do step up their pursuit.

Leverkusen’s Sporting director and former striker Rudi Voller confirmed last week that the 20-year-old midfield anchorman has a €12m release clause, which would be well within Liverpool’s summer transfer budget.

The Reds though are yet to make a concrete offer, despite monitoring the German Under-21 international closely.

“We are aware of the interest from Liverpool, but we haven’t had anything concrete yet,” said Voller.

“It’s a fact that Emre Can has a certain clause in his contract, but there is no decision imminent, he said a few days back, as reported by Sky Sports.

One potential barrier to Can’s signing was the fact that Bayern Munich have a buy-back clause inserted into the player’s contract, but Voller has confirmed that the Bundesliga champions have no immediate signs to activate it in the near future.

“I have been in touch with Karl-Heinz Rummenigge about Emre Can and Bayern are of the opinion that it would be good for the player to remain at Bayer Leverkusen.”

Brendan Rodgers particularly admires Can’s excellent passing from the base of midfield, and his ability to drive through the centre of the park. He is also very versatile, having been deployed in a number of midfield positions as well as at left-back.